Glasgow SSAGO’s adventures on the Isle of Arran 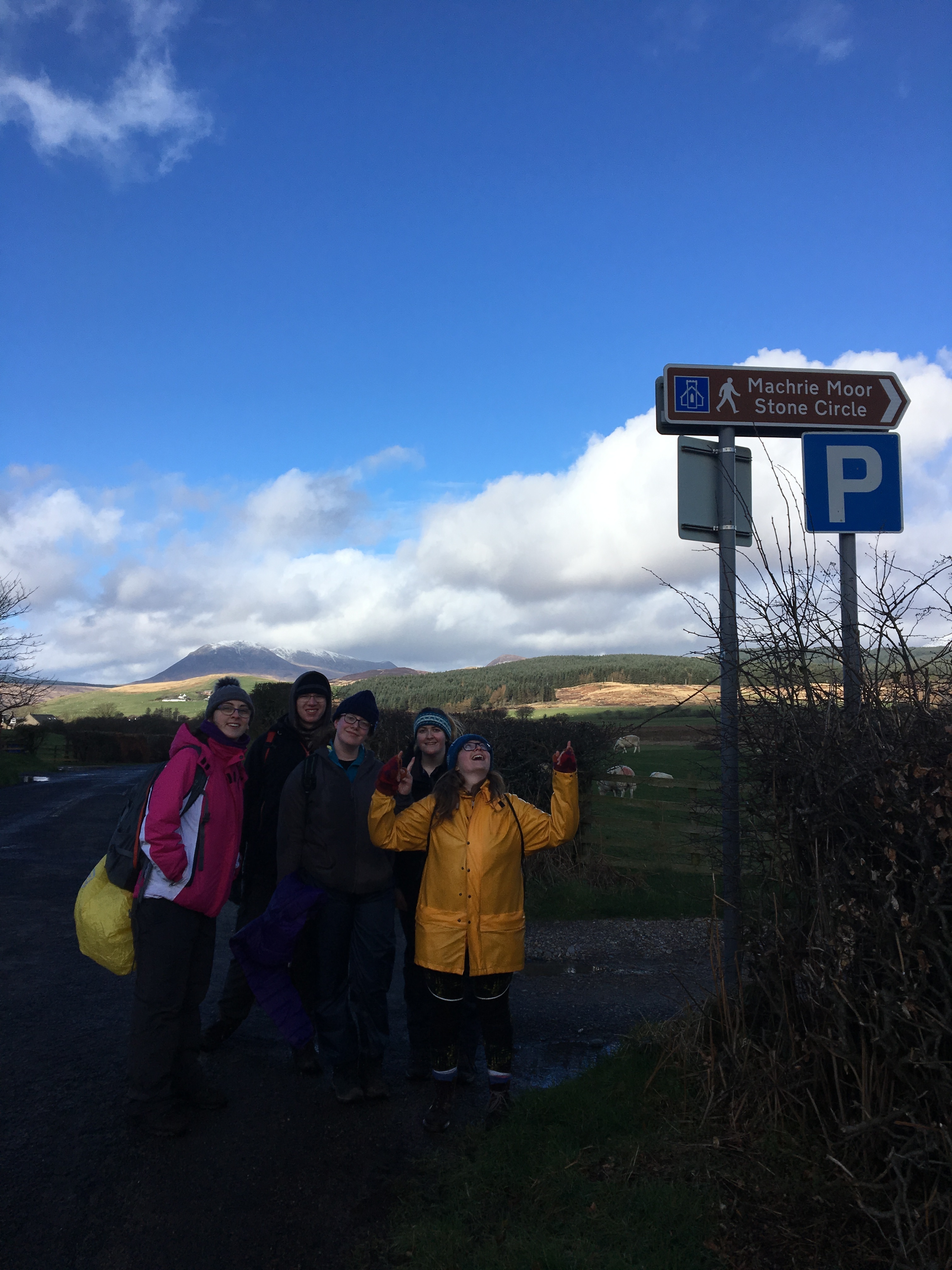 This weekend Glasgow SSAGO fought their way to the Isle of Arran, through all of the barriers thrown at them; from lack of space on the ferry to the hostel boiler being broken... They avoided complete mental breakdowns and managed to have a fab weekend on the Island!

Two campers and four cottage dwellers set off on Saturday morning to hike through snow, rain, hail, wind and sunshine (all which they’d seen even before they’d left their base that morning!). 30,000 steps, 6 hours and 12 miles later they had found the caves that King Robert the Bruce had hidden in the 13th century, experienced the magic of the Machrie Moor Standing Stones (which was that they had 4G in the middle of a field far from civilisation), lost feeling in their face due to the hail and wind, met some rams, and tried to cross a bog (as if they were going on a bear hunt)...

The ferry itself to the isle was a novelty, the excitement for Anna that it wasn’t just a room with chairs and had a cafe, restaurant and entertainment on board meant the journey started on a high. Although this was quickly dampened on (ha, see what I did there?- Scotland, rain, sea- no? Okay...) when Emma realised that she’d left Hamish napping on her sofa but she made up for it with her catering. Liam, as ever our token male (please join us men!), had saved the day with his tent that came with genuine Japanese dirt from the last World Scout Jamboree. Stephanie across the weekend flew around the island in her blue Ford Fiesta packing the rest of the group and their baggage in with her, fortunately she found her respite in cucumber eye coolers taken straight from the salad bowl. Cecilia was resilient throughout and marched through her blisters whilst struggling with the lack of Hamish but found peace in knowing that had Hamish come he would’ve come back with terrible flu from being cold and damp after the hike. Catherine kept spirits high with her perfect game suggestion for walking on a road- “Who Am I?” backwards. She also constantly grew the rest of the group’s knowledge base with her podcast wisdoms.

Overall it was a fab weekend had by all (even Hamish who got to relax whilst the rest of the club physically battled on) with some much needed none-Glaswegian air it was a lovely escape to the countryside!