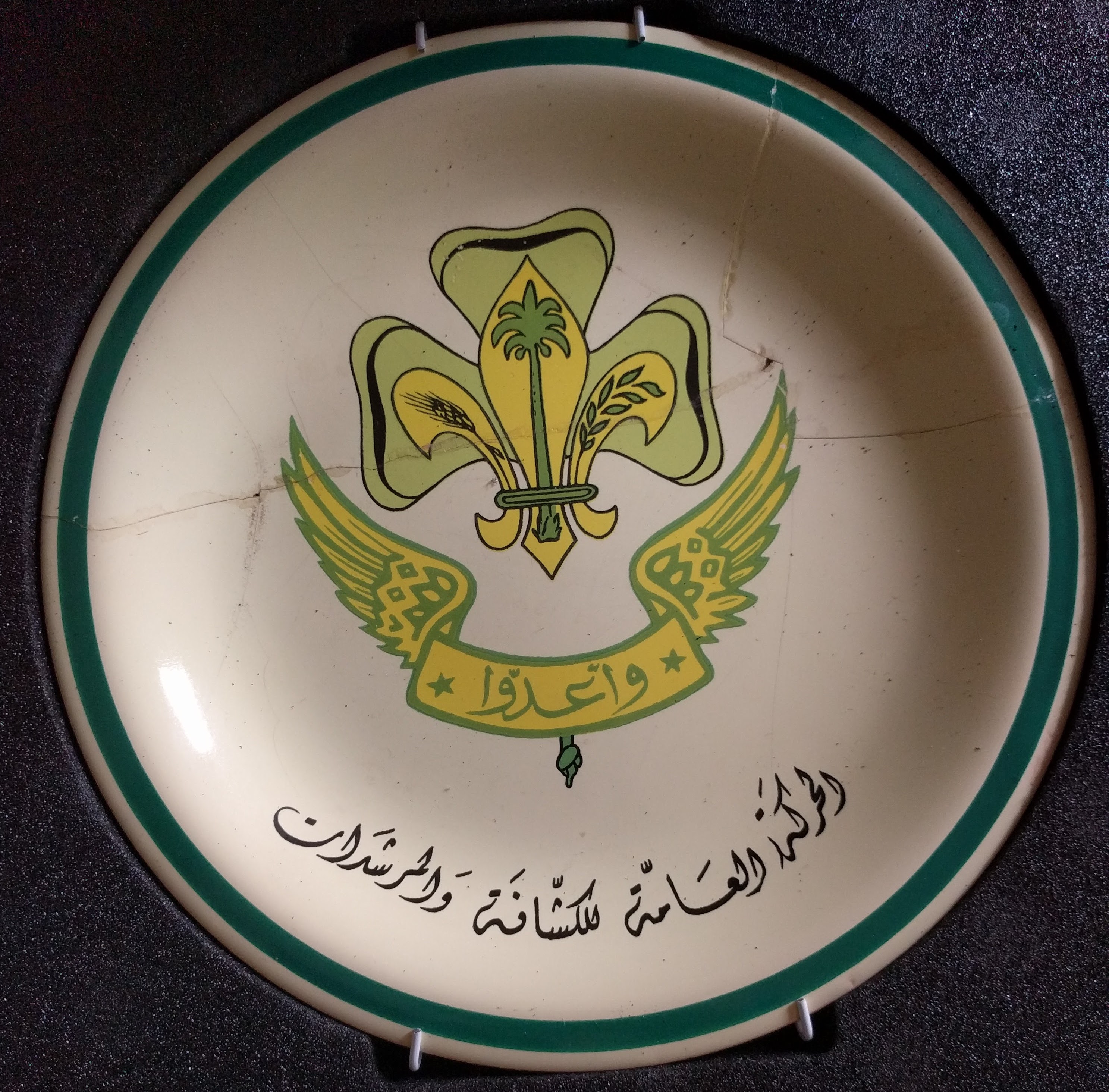 The Commemorative plate was gifted by the Scouts of Libya to representatives of SSAGO at the 1984 Witan held in Florence, Italy. It was originally from the African Scout Jamboree held in Libya 1982 and was presented as a mark of friendship.

Instead of gathering dust and getting lost it is used as a challenge trophy, contested between the holders and any other club.

The rules of the competition are as follows:
1. The challenge shall be any event nominated by the challengers, for which winners can be judged.
2. Teams shall consist of 4 members of mixed sexes
3. The majority of each team shall be from the participating club
4. If a challenge is made and the holding team are unable to meet this challenge, the plate is then forfeited to the challengers
5. The event shall be judged by a referee independent of either club
6. Team members are only allowed to wear swimming costumes with paper bags over their heads
7. Challenges shall be formally and publicly made at least 12 hours prior to the event, stating the nature of the event
8. The referee must decide the competition is fair, decide the winning team and their decision is final, especially when wrong.
9. The referee must live for at least 24 hours after the event
10. The challenging team must supply all the equipment for the challenge
11. The plate cannot be held to ransom!